All I can say is just do it; if you are thinking about it, it is worth trying to get in. Apply ASAP, don’t delay it. There are no guarantees when applying but it is worth it. Y Combinator is more open then you think if they see a great idea and team. The Y Combinator team is willing to invest early. They invest in startup ideas and people. They take risks in new markets and invest a lot of the time when other investors don’t understand the market. To apply to Y Combinator go here.

Most important things to show on your application: 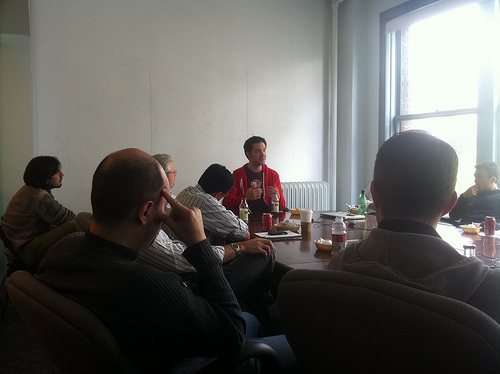 Alexis came to drchrono’s office talking to the early drchrono team before we pitched Y Combinator. 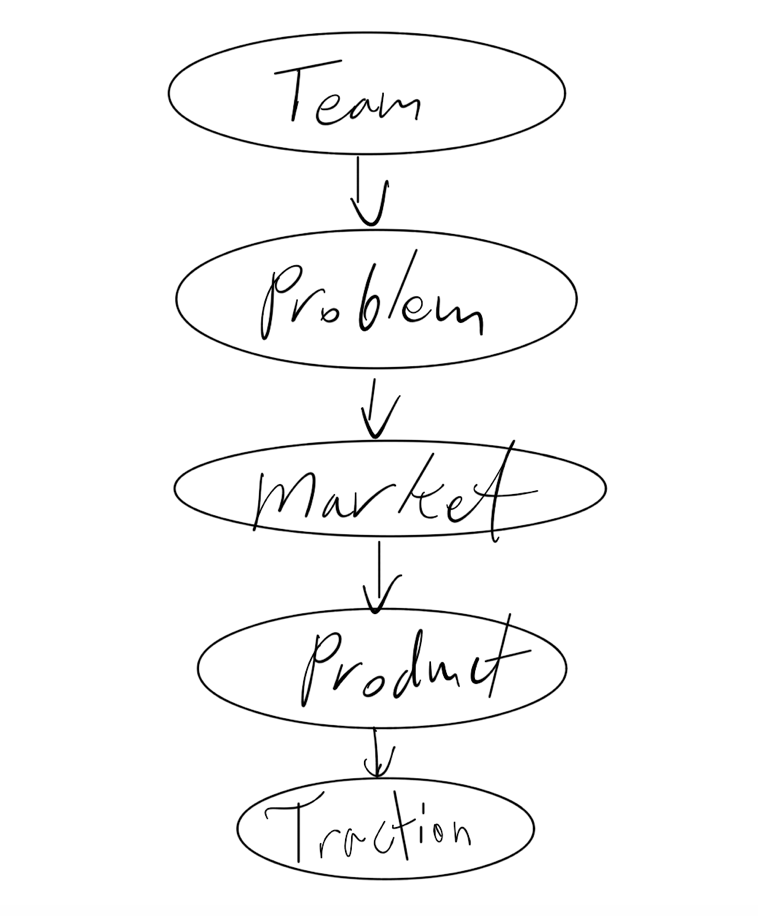 The partners will ask questions and throw curve balls.

One tip: Be confident and walk up to others at Y Combinator and say hi! There are some really amazing founders around at YC.

More on pitching and demoing can be found here.

It isn’t the amount of people you have in a startup company that makes it successful. It also isn’t the nice office space or the amount of funding you have, it is more than just that. Overhead can create massive problems if you grow without the right plan, the right culture, the right vision, the right team.

The problem with true hyper-growth… It’s the problem like baking a cake in three minutes. You’re in the kitchen and you have sugar, flour, egg on the ceiling. What the hell are you doing?

Marc Andreessen at a Y Combinator talk, spoke about how startups are like baking a cake, you have to put the ingredients in at the right time and timing has to be just right, if any of it is mixed up then the cake will not come out right. Andreessen said at his early days at Netscape days they were hiring around 100 people per week.

It isn’t all the glitz, press and funding that creates success. What makes a company successful? Passion, a great dedicated team, execution, timing, bad or lack of competition, good idea. It is critical to have growth. That growth can be exponential user growth or sales. When the right company with all of these elements gets funding sometimes magic happens, it is hard work but the company grows like crazy.

Look at Apple, it had exponential sales in the early days, a lot of sales. Look at Instagram, it was exponential user growth, a lot of users. Or even CraigsList, they are a very small team, but everyone has heard of them. Growth is what creates a healthy company. If a company is to survive it needs growth.

When your first starting out you might hire a few people but keep making sales and users happy. Sales, support and growth are essential.

The right people in your company are what make it successful, people are everything, but counting the number of bodies in a startup doesn’t mean the company is successful, it is the quality and passion of the people who are there working day in and day out on the company that make a great company.

There’s nothing wrong with staying small. You can do big things with a small team.
~Jason Fried, 37signals founder

The best person to start a company with is someone you have known for years. Someone who has a talent, drive and who you have seen work intensely work. Through the course of our life, there are a handful of people in your mind you think you could start a company with. I have only a few people in my mind and picked one when I started the company drchrono.

Michael was my college roommate. He had a talent for understanding complex software and could hack out just about any idea. He was doing a dual major in computer engineering and science major, and it was a breeze for him. I was a psychology and computer science major, and understood people. We took a bunch of classes together and worked well as a team, doing scrum like teamwork. As in all of our courses together. I made a mental note, he would be someone who I could work with in the future. After we both graduated Michael went on to work for Bloomberg LP and I went on to work at several startups in NYC. Several years passed when we got together to talk about working on an idea.

I recall sitting down with Michael in 2008, and we spoke about how we wanted to change healthcare over a cup of coffee. We didn’t have a business model, nor medical backgrounds, but we could build software. He was one of those people on my list I would start a company with.

After swapping personal stories about healthcare, we decided to start a company in that market. From seeing family members have a hard time working with the healthcare system we thought we could make a difference. Doctors were doing everything with fax machines, pen and paper. It was clear to us both healthcare was broken.

We really didn’t think too much about our name, jumping in with the name drchrono from day one. We picked that name as it related to time. We wanted to build something that took people and managed health over time, “dr” for doctor and “chrono” for time. There was no hard path for the company, but we had a vision for connecting doctors and patients and tracking health.

Michael quit his job of eight years to start the company with me. This was a commitment check for me to see if he was serious about doing this startup. Michael quitting his job showed to me he was serious, very serious.

We started working out of a small place called the Sunshine Suites, where we rented two desks. It was an on-demand office space with virtual offices in New York City. We then moved into an incubator space were we expanded the team. 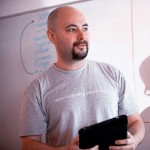 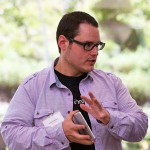 he company jumped on an unconventional band wagon of using the cloud back in 2009, most companies were just starting to think about cloud. Most medical records company during 2009 were not using the cloud, part of our vision is to run all medicine in the cloud, the data, scheduling, billing, etc. Other companies were building for the desktop or using Adobe Flex, Flash or .Net, we decided that was the wrong route and it was a mistake. So we built on the same type of infrastructure that Google was using, Python and Linux. It pays off to really look at the tech stack you use, not to jump on a tech fad band wagon, it can hurt you in the long run. There are a number of healthcare companies in the cloud that are using bad tech stacks and they just aren’t able to build fast which hurts them. Using a good technology stack is critical to having an amazing experience for your customer.

For the first year, we spoke to doctors, one by one, shadowing and listing to them, asking them what they wanted. We would rapidly iterate over the feedback and repeat. We interviewed and shadowed doctors in hospitals, in large clinics as well as private practice doctors.

Ever entrepreneur should take as much feedback as possible and work on it, but remember filtering is critical. We get feedback from all kinds of doctors and patients; we picked what makes the most sense. Some physicians would give amazing input and others would give unproductive feedback. We still shadow doctors today, and that is how we know what we are doing right and what we are doing wrong. Software is an ever evolving thing that needs care.

After working for over a year, we built out a medical platform that could do medical billing, scheduling and email reminds to patients. In April 2010 the iPad came out, and I pushed us to build an app for it, I believed mobile was the future and it is. Thousands of doctors downloaded the initial release. We were the first medical records app on the iPad. It was an inflection point. It pushed us to build the best mobile EHR in the world. Today we have the highest rated medical records app in the iTunes app store. Our goal is to create the best healthcare experience through technology and we are doing just that.

Doing a startup in healthcare is not an easy thing. I tell entrepreneurs who want to jump into the healthcare space to do a startup be ready to take at least 7+ years of your life to create something meaningful and passion is a must and find people who are as passionate as you to build the company with.

When Michael my cofounder and I started drchrono, no one told us that it would take years to make something meaningful, it is our passion for changing healthcare that pushes us every day. We feel like we have only started.

Everyone should pickup one event and go to it to learn something new: November 8th-12th, 2010

What is Entrepreneur Week? from NYEW on Vimeo.

Join the revolution. Join our community. Join Entrepreneur Week: An incredible collection of business people and investors working together to inspire, educate and help each other realize their entrepreneurial dreams.

This is not a conference, but a celebration of new ideas.

If you have a great idea, you should be here. One of the best monthly events is called “The Hatchery“. The Hatchery is in essence American Idol for startup companies giving a quick 3 minute pitch. You get real feedback about your pitch, the hard truth, what is good and what is weak. It is something every serious startup should go through to understand how to refine a pitch.

Like Y Combinator there is another really savvy group that I think can really boast a startup to get things going, they team is TechStars and they are in NYC for the next few months.

Below is episode 1 of the show they have created called the Founders:

This year I had the honor of attending “Startup School“. It was an awakening, seeing the truth behind building a great company. I come from the east cost, I think we have great support like NextNY, the New York Tech Meetup, great incubators, and great advisors but the West Coast has some true gems. Support coming from Y Combinator and the startup schoool is amazing. Paul Graham gives great direction. It is eye opening.

I listened to founders talk, like Mark Zuckerberg of Facebook and Reid Hoffman of LinkedIn, it was worth the trip to CA. I recommend if you ever have the chance to go, take it. To hear some great info from the startup school, watch this video from 2009.

Check out some of the great companies that came out of Y Combinator.

You must fully understand the 83b Election:
What is an 83(b) election?
Making an IRS Section 83B election