If you are looking to learn a bit about drchrono’s company culture or enhance your team’s communication and culture, read on, this topic is on the walking 1-on-1 meeting and walking in general. The drchrono team goes on walks.

Colleagues, my cofounder Michael of drchrono and I go on walks to talk about strategy, give and get updates and learn from each other.

In the early days even before we incorporated back in 2008, Michael and I would go on lengthy walks to talk about action’s we needed to take to build a company in healthcare from nothing. We both knew creating a lasting company in the healthcare space would be a long-term endeavor. Communicating rapidly every step of the way would be critical. We would stroll to local coffee shops in New York City, talk along the way, grab a coffee, talk some more and walk around the city. Walking also paid off in finding some critical team members. A great example: We hired Hong our design leader simply by going on walks with him. Hong and I knew each other as friends. I would tell Hong a bit about what Michael and I were working on and he would give me input on design, we did this a bit and those walks led to him joining us early on.

Walking made us more productive. We would go for a walk, get our legs moving, blood would be flowing and get our minds in a good headspace where we would think clearly about the company. We have been doing this since the beginning of the company.

Paul Graham of Y Combinator, our first investor in drchrono would do the same thing with us, when he and the Y Combinator partners invested in drchrono in 2011, Michael, Paul and I would have “walking office hours”, wandering around nearby the Y Combinator office. Before we started any meeting with Paul, he would ask:

Is this a walking meeting or a sitting meeting? ~ Paul Graham

Most of the time it was a walking meeting. The meetings were extremely productive.

To this day, we go walking with several of our investors.

Aristotle was a “peripatetic” lecturer, he walked about as he taught. The peripatetic school was a school of philosophy in Ancient Greece. Allegedly the school name came from Aristotle’s habit of walking while lecturing.

Ludwig van Beethoven was an enthusiastic wanderer, taking short breaks while working and spending his afternoons sauntering around Vienna. He would take a paper and pencil with him to write down ideas. Influence his wooded walks can be heard in his symphony’s. 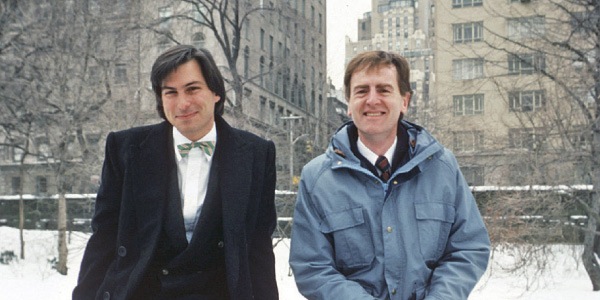 Steve Jobs the cofounder of Apple made it a habit of having walking meetings and was know for his long walks, which he used for contemplation, exercise, problem solving, and meetings. According to CNNMoney, Steve Jobs did this particularly for first encounters. “Taking a long walk was his preferred way to have a serious conversation.”, from Jobs’ biography.

“Taking a long walk was his preferred way to have a serious conversation.” ~Jobs’ biography

Mark Zuckerberg the founder and CEO of Facebook also likes first meetings with people to be on the go. A walking conversation is natural, distraction-free and you can focus.

Jack Dorsey, cofounder of Twitter and Square, would take new hires for his ‘Gandhi walk’. This is a historic walk through the streets of San Francisco, where he talks about the companies guiding principles.

There are countless others, like Charles Darwin, Sigmund Freud, Friedrich Nietzsche, Harry S. Truman and Charles Dickens to name a few who would walk to brain storm and talk with others.

Walking meetings are great for 1-1’s or ~3 people. With larger groups, a walk sometimes gets a bit more complicated with people pairing into smaller groups to talk. But even larger group walks can be productive if you want everyone to communicate and facilitate team camaraderie.

There are health reasons and research on how walking makes you more productive. A study conducted by Marily Oppezzo and Daniel L. Schwartz published in the Journal of Experimental Psychology incorporates an experiment where participants took the Guilford’s Alternative Uses Test, a timed exercise used to measure artistic thinking: first while sitting and then while walking on a treadmill. The results? For 81% of participants, walking increased creativity, improving creative output by an average of 60%.  That is a big change in creative thinking.

We have a walking desk at the chronoplex for the team, I can attest to it, it works. 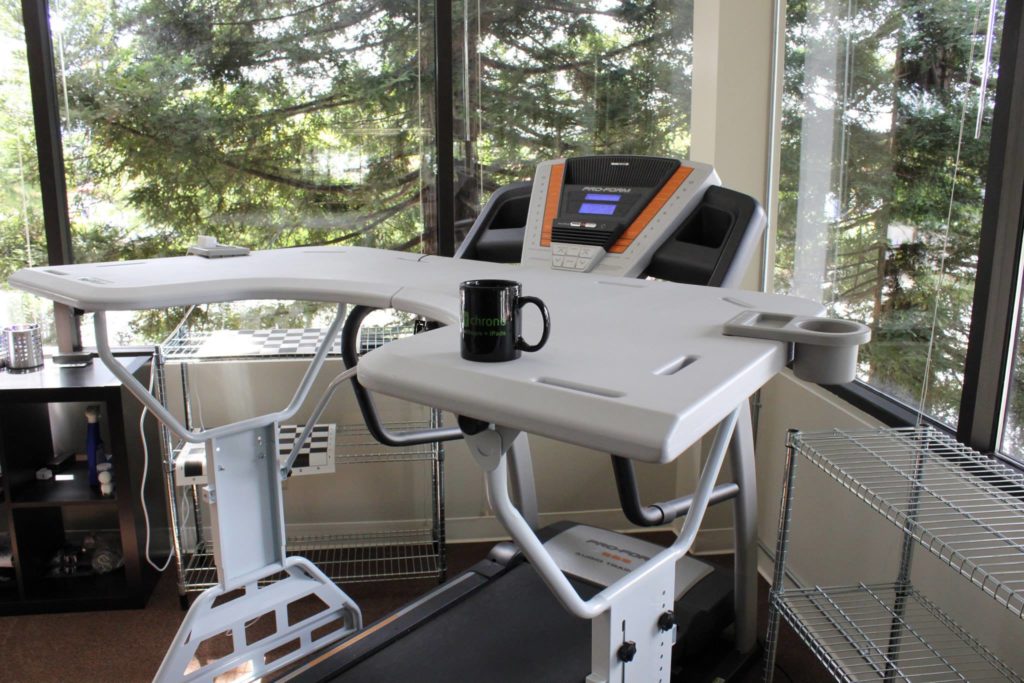 The TED presentation from Nilofer Merchant gives some alarming statistic’s: we’re sitting, on average, for 9.3 hours per day, with 7.7 hours spent sleeping. “Sitting is so incredibly prevalent, we don’t even question how much we’re doing it,” Merchant states.

This is a great talk from TED on walking:

Some of the greatest minds used walking as a tool, it is a simple way to enhance your productivity, let the creativity flow and to allow the team to communicate. I highly recommend the next meeting you take, do it going for a walk. You will be surprised at how well a walking meeting works.